As we’re all currently discovering, sometimes all the determination, foresight and savvy in the world cannot prevent a project from being brought to its knees – or, far less dramatically, being rendered irrelevant with breathtakingly savage immediacy.

But even in these difficult times, many projects are going ahead. And in more normal times too, a less existential but still very serious crisis can threaten to overwhelm a project that might otherwise have been able to proceed if some simple people-focused steps had been taken.

It’s all about people

In this article I’m focusing on people – key stakeholders whose contribution can make or break the progress or completion of a project. In the editorial world, their absence could mean (for example) that a set of proofs isn’t signed off on time, or the index isn’t delivered when needed, or the necessary briefing documentation isn’t available to induct a vital new team member into the project. These stakeholders could be project advisers (such as an editor-in-chief or reviewer), suppliers (such as a copy-editor or typesetter) or anybody else affiliated with a project. In this article, I’ll refer to them simply as ‘project members’.

I don’t particularly seek here to address the current COVID-19 situation (in fact, I drafted most of this article before there was any idea of the effects the pandemic would have in the UK). Instead, I offer some broad suggestions on measures to consider when a project faces a threat due to a project member unexpectedly being unavailable or having reduced capacity – for example, due to a bereavement, loss of property or workplace, or other personal difficulties.

Note that the word ‘consider’ is crucial here. While it’s been my experience that most people remain committed to projects to some degree even in the depths of a personal crisis, simple emotional decency and consideration for people’s well-being should never be overridden for the good of a project.

If the project member is able to answer questions and it’s appropriate to get in touch with them, try to establish some basic facts. When will the person be utterly unavailable? When might they be able to deal with a limited workload? Can they forecast when they might be back to full capacity?

If they are not available to answer questions or are unable to say how the future will pan out, consider asking for a check-in or review date for them to update you on their status. This enables you to make provisional plans in the hope that, after the review date, you will be able to hit the ground running with one of those plans rather than starting from scratch.

Don’t presume anything. Everybody has different ways of dealing with a crisis, and every crisis affects people differently. Some people may be unable to focus on their work, whereas others may find strength in its routine. While being careful to avoid intrusiveness or overstepping professional boundaries, try to establish how the project member wants to be treated and the extent to which they want to be involved in planning around the crisis. This will respect their needs while potentially gaining you better-quality information to work with.

Be clear on priorities

Which tasks absolutely have to be done on schedule and which can wait? How long can they wait? What will be affected by the delay and what will the knock-on effects be?

Planning this out will enable you to present the project team with a clear set of priorities, and it may even reveal that you have more time to play with than you thought.

There’s no point being coy about knock-on effects. Schedule changes must be explicitly publicised throughout the project team, so that everybody understands how things have changed and can plan their future contributions.

It’s also important not to assume that everybody is on the same wavelength about catching up any delays. For example, if the project member has to be out of the country for three weeks and a scheduled task is delayed accordingly, don’t assume they will be able or willing to work extra-hard to catch up when they return. Ask about their capacity and what will be realistic for them.

Is there another member of the project team who has the skills and knowledge to take up the slack for a while? For example, an associate member of the editorial board might be willing to delegate for an editor-in-chief.

If so, be very clear with each person which tasks you’re proposing are delegated and ask for any limits on the remit of the delegation. Also make sure the person who is temporarily taking over the responsibilities is clear about the scope of the work. If the task is bigger than they’re expecting or requires knowledge that they don’t have, they may not be able to cope with it and your carefully laid contingency plan may fall apart.

Consider what can be brought forward

Sometimes it’s possible to do some of a future task in advance and then finish it off when other information or materials arrive. This may not be the most efficient way of doing things, but it may be worth the complication if it minimises a delay to a crucial date.

And, if your email doesn’t need a reply or can be ignored by certain people until a certain date, say so. For example, you could put at the top of an email:

Key dates below are in bold. Peter, this is FYI but no action is needed until you return on Tuesday.

Measures such as these cut through any ambiguity about what you need from people and when. It also creates trust that you’re not sending frivolous emails or asking for information more quickly than you genuinely need it.

If there are key pieces of information that you simply cannot get from anyone other than the project member who is experiencing the crisis, ask whether a particular way of communicating might make it possible for you to raise your questions. For example, the project member might not be able to sit down to an email, but they might be able to spare you a five-minute call while they’re out walking their dog (just make sure you document the call in a follow-up email afterwards). Text messages are sometimes perceived as unprofessional but they could be the way to keep your project moving.

Consider, too, whether and how you send any supporting materials. A heavily involved project member who normally likes to be made aware of every detail may be willing to receive brief, quick-fire queries for a period of time, so that key decisions can be made. They can be sent the back-up information separately or later.

In a crisis, clear communication lessens stress and burden. It frees people up by letting them know exactly what is needed and when – and also, importantly, what is not needed for now. This lets them focus on what you need as a project manager and forget about everything else to do with the project, giving them maximum mental space for all the personal rubbish they’re juggling.

It is people who ultimately deliver a project, so paying attention to what people need and what they can provide (and when) is usually the best starting point when a project is in peril. 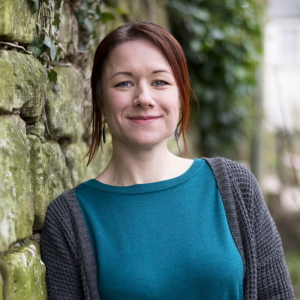