As a copy-editor, proofreader or indexer, you may think that getting yourself onto a publisher’s list is the holy grail of freelancing  and will be enough to get you hired regularly.

However, it’s often the case that the people on publishers’ lists who receive regular work have done so for years, and always work with the same contacts. Newbies to the list, and freelancers whose contacts move on, may find themselves languishing at the bottom of the pile, receiving little or no work.

I’m a freelance editor and project manager, and as such I both try to get myself hired and hire other people. So, I’ve occasionally experienced that frustrating languishing feeling myself, but also found myself rejecting the same names on publishers’ lists time after time, project after project.

Let me explain why this might happen and what you can do about it.

Pin the tail on the donkey

I shepherd between 10 and 15 books a year through copy-editing, typesetting, indexing and proofreading. As such, a big part of my day-to-day job consists of hiring other freelancers to carry out these tasks.

I’m very experienced at what I do, but I’ve only been freelance since 2009 and so often find myself hiring freelancers ‘blind’ – with no experience of working with them and no personal recommendation. Great for the people on the list who aren’t getting hired, you might think. But not so fast.

Before approaching someone with a job offer, I do a fair bit of research. Aside from the fact that I want to get the best and most suitable freelancer for each project, I could be working with this person for several months, and the fallout from them doing a bad job could make my life seriously irritating for much longer than that. I know this because, though the majority of my subcontractees have been fabulously talented and delightful specimens of humanity, a small minority have caused delays and hours of painstaking work to set right what they should have got right first time.

This is not my idea of fun, and in any case I value my evenings and weekends. So, like I say, I do research in an attempt to avoid this minority.

My starting point is often the above-mentioned publisher’s list of approved freelancers. But here’s my secret: I will not hire you just because you’re on a publisher’s list. However stringent publishers’ vetting procedures, there are people on lists who are less good than others (and a tiny minority who leave me wondering how they ever got on the list in the first place).

So, lists are a great starting point. But they are not enough, for three reasons:

When I hire someone, I want more information about them than a name, a brief list of qualifications and a list of subjects. So, once I’ve narrowed down my choices, I do more research by looking the candidates up in other sources.

So, just who are you?

The main sites I look at (note that I’m working from a UK perspective here) are:

All three allow a lot of detail and can be updated often. All three can serve as fabulous advertisements of a freelancer’s skills. And all three make the jobs of people like me much easier, in terms of matching up freelancers and projects.

The best sources are the SfEP and Society of Indexers directories. They provide all the key information, with the bonus that I know that the freelancers listed (a) will be qualified and experienced and (b) take themselves seriously enough as editorial professionals to pay to advertise their services. But sometimes I don’t find a freelancer on these sites – because of the cost, some excellent freelancers may not find it financially worth it.

Freelancers’ own websites are another great source of information. However, they can be costly and time consuming to set up (though they don’t have to be). Another factors is that I would never find a freelance directly through their site – i.e. by Googling. I would always go to the site for more information after finding the freelancer through another source.

The third option, LinkedIn, is therefore where I often find myself looking. And it should be an obvious starting point for many freelancers. It’s free and easy to set up, it’s easily searchable and it can hold all the information anyone would ever want to know about you.

But here’s where I often get stuck, and where those same names on publishers’ lists end up getting rejected again and again. A LinkedIn profile is a basic first step for letting people know more about you and your business, yet it’s amazing how many freelancers don’t have one (let alone their own website or a directory entry). I frequently try to research freelancers whose names I’ve found on a publisher’s list, only to find absolutely no trace of them anywhere in the great ether of cyberspace.

You may be the most brilliant, highly qualified and helpful freelancer I could ever hope to work with, but, if I can’t get a sense of that from the information that is available about you, I won’t offer you work. You don’t necessarily need a fancy website or an entry in a professional directory (though both certainly help to make you look more professional and legitimate). Just make sure you’re findable somewhere and that, when you’re found, you’re represented as well as you can be.

In my next post I’ll explain what I look for in a freelancer’s LinkedIn profile.

Are there other project managers out there who experience this problem researching freelancers? Or are you a freelancer who’s found that joining LinkedIn or another directory has got you work (or not!)? 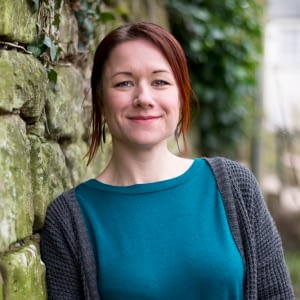