For an editorial project to meet its goals, multiple people (sometimes many) need to work together, but potentially without ever actually communicating with each other. This requires each person to have a clear understanding of their role in the process and the ripples (good or bad) they can create for others in the editorial team.

Part I of this article gave some suggestions on how the author, developmental editor and project manager can contribute to each other’s work and the work of people later on in the process. This article resumes the workflow with copyediting.

The copyeditor takes the developmentally edited manuscript and subjects it to a more detailed and technical level of scrutiny, looking at grammar, style and completeness (this is necessarily a flagrantly brief simplification; see this explanation from the Chartered Institute of Editing and Proofreading for more information on what a copyeditor does).

To do this, the copyeditor interacts (directly or indirectly) with several other people in the editorial team.

The typesetter/designer takes the copyedited manuscript and lays it out on the page according to the client’s specification. The amount of creativity and the degree to which bespoke work is required will vary with the type of publication and the client’s constraints.

In the editorial team, the proofreader is the last line of defence in the quality assurance process. As such, pretty much all of the points above can directly or indirectly help or hinder their work. Care taken earlier on in the process will smooth the way for the proofreader to focus on detail rather than worrying about big-picture issues such as structure. Equally, issues that are left unresolved in earlier stages may create critical issues and require difficult decisions to be made.

The indexer is typically the last to get involved in a project. They typically work from the PDF proofs to create a kind of map of the book – a synthesis of terms, concepts and cross-references that is far more than a simple word list.

As an indexer, you’re very aware that you’re at the end of the publishing food chain – everything else has usually been done, the print date has been set and you’re the final link. But like everyone else involved, we agree to a schedule that’s realistic – if, say, we need three weeks to create a quality index, then that’s pretty much what we think we’re going to need.

Editorial work requires a zoomed-in focus, but this should never be at the expense of forgetting the wider context and how we can affect the other members of the editorial team. It really is the case that decisions made years back by an author or developmental editor can directly affect (for good or bad) a lone proofreader battling with the closing stages of a project.

I like to think of this as seeing ‘the wood and the trees’ (an inversion of this idiom). Attention to detail is (rightly) a much-vaunted quality among editorial folk, but a holistic view is just as important in helping a project to reach a satisfactory conclusion.

Thank you to Sally Roots for generously filling in gaps in my knowledge of what indexers do and don’t find helpful. 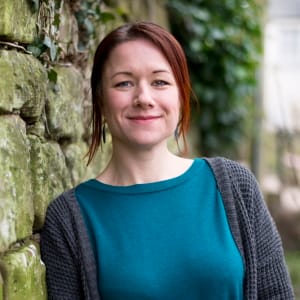